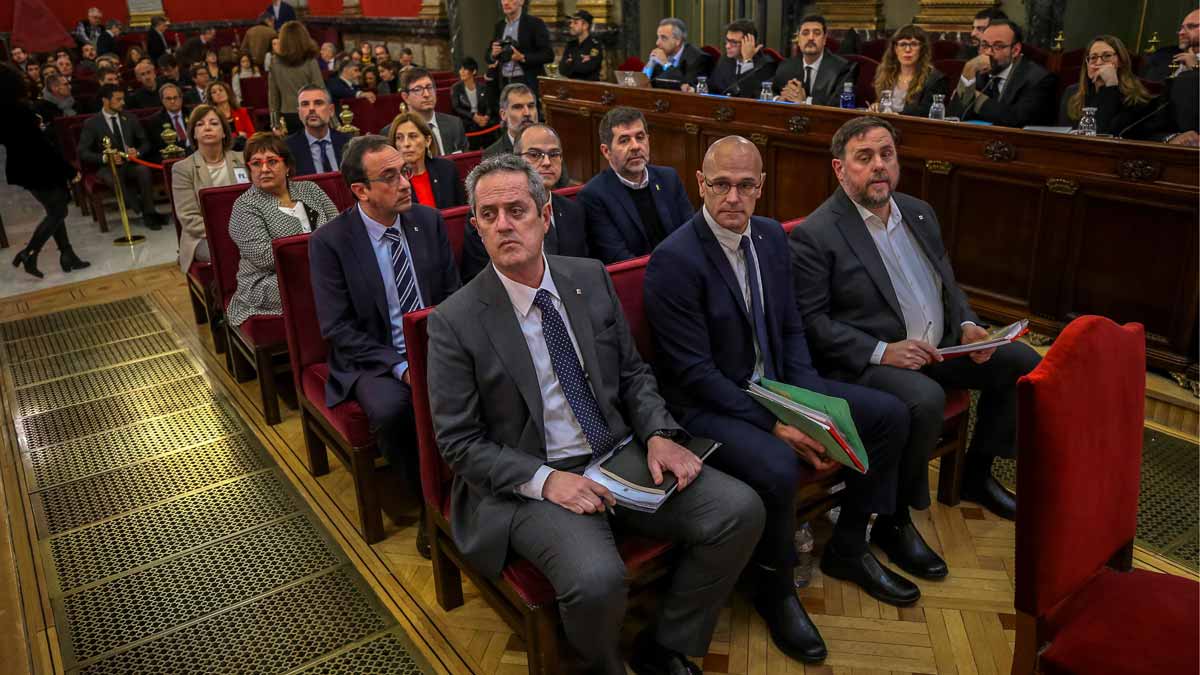 Today the trial against elected Catalan representatives has started. They have all been imprisoned without bail for a year waiting for trial, some for more, as the judges alleged potential risk of escape. While Spanish government insists the separation of powers still exists in their supposed healthy democracy, evidences have popped up that proof Catalan politicians in jail have received a degrading treatment and have not been provided with what they needed in order to prepare their defenses properly. 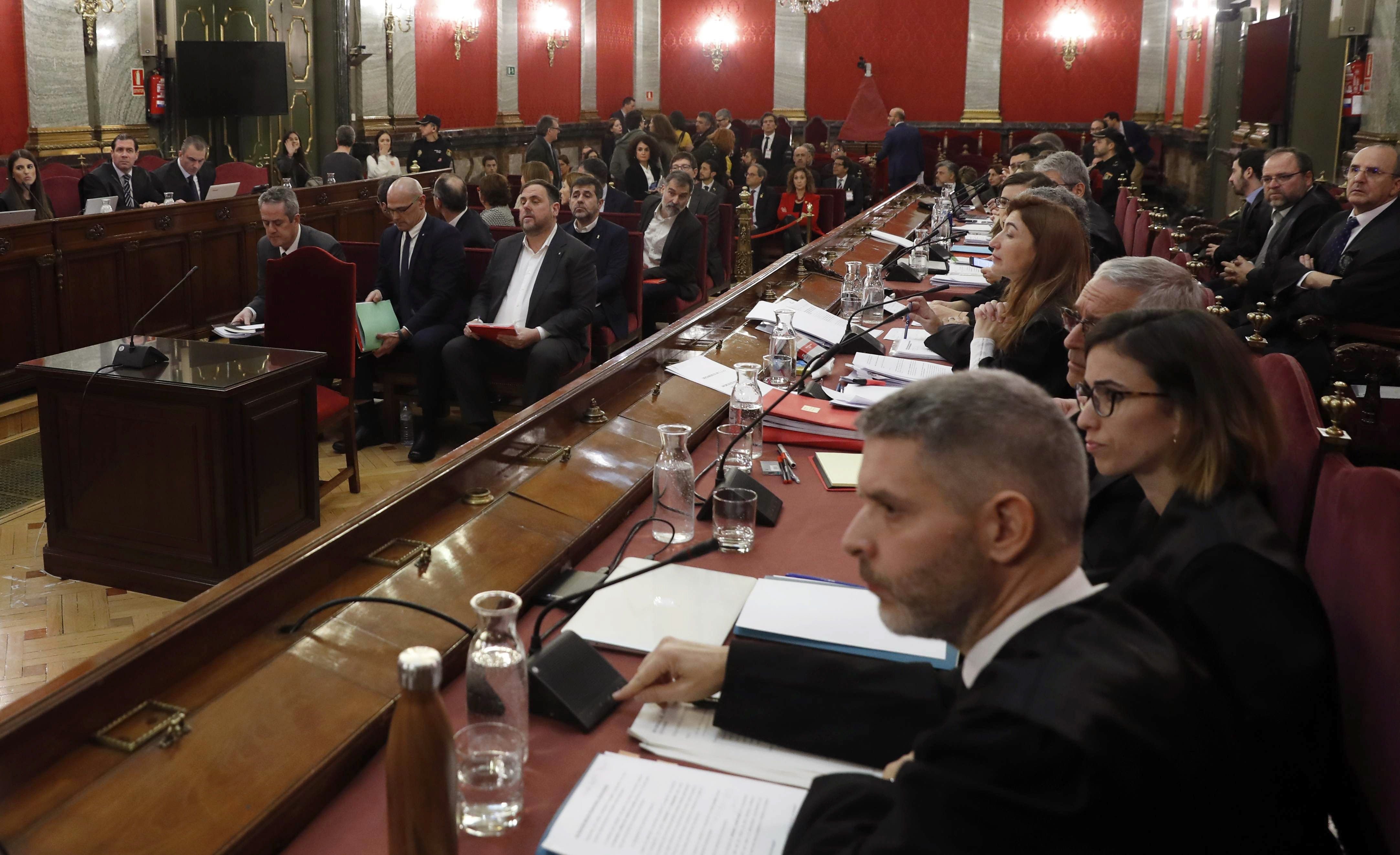 In addition, there have been clear and undeniable indications over the last few years that Spanish judicial system is completely rotten, as for example illustrates the case of “La Manada” (https://en.wikipedia.org/wiki/La_Manada_sexual_abuse_case) due to the raping of a girl by a group of savages, who actually recorded the raping, and who were actually running free before and during trial, who have been only condemned for 9 years for sexual harassment and not for actual rape; or as it shows the fact that despite (https://en.wikipedia.org/wiki/Mariano_Rajoy) Mr Mariano Rajoy’s name appeared continuously in written proofs as having received dirty money, during the trial to Partido Popular (https://en.wikipedia.org/wiki/People’s_Party_(Spain)) treasurer Mr Barcenas (https://en.wikipedia.org/wiki/Luis_Bárcenas), the Spanish ex-president is yet to be accused by a public prosecutor, a district attorney or anybody at all… There are a lot more examples that confirm the law system in Spain is not only corrupted but arbitrary and politicized. To the point that no international scouts will be allowed to attend the trial properly, not even those for Amnesty International. https://www.amnesty.org/en/

On top of all of it, there is still the question if this trial should be happening at all. I mean, according to the defendants attorney, the arguments from both private and public accusation are false. The worst charge they are accused for is rebellion, which in the Spanish state must involve violence or at least the incitement of violence, yet none of the Catalan representatives accused have behaved violently and there is recorded evidence that they openly supported non-violent, peaceful activities.

They are also accused of sedition and embezzlement of funds to promote the referendum of 2017 1st October, which actually they didn’t do either, as there is proof even from the Spanish government side that no public funds were destined to finance the referendum, and that it was economically promoted by private entities and individuals, mostly donations of the over 2 million people who support independence in Catalonia. 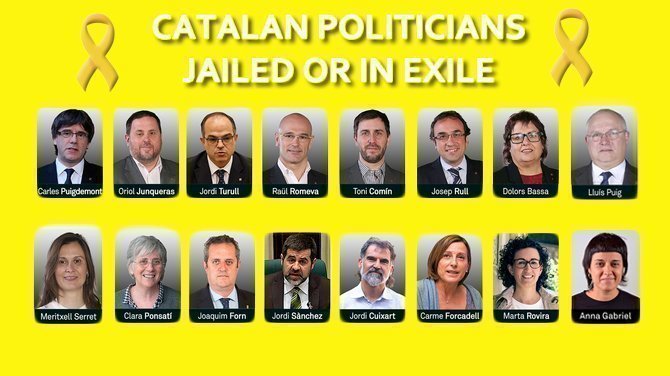 The public prosecutor and the private accusation (let’s not forget the latter is represented mainly by extreme right party VOX, that publicly defends fascist & male chauvinistic policies) are requesting over 25 years penalty (in some cases, even over 70 years), whilst media and the rest of right wing parties have been publicly condemning Catalan political prisoners for months to the point of comparing them to terrorists or worse, using them as flag of their political campaigns, and strongly slandering their reputations as well as the image of Catalonia and Catalan people.

The perception in Catalonia by independence supporters is that on this trial they are judging not only our representatives, but the over 2 million people who voted in the referendum. This trial is not yet vengeance, but a repressive intent to reprimand, to show how they punish the exercise the right for self-determination of any people within the Spanish state.

Absolution would be the only right thing to do morally, however, seeing how things are going, we are all expecting extremely tough sentences that will inevitably force defendants attorneys to take the case to Strasbourg, while poor politicians will be kept in jail, deprived of the rights and freedom, and Catalonia will keep being plundered and oppressed.