“Spain is a bad business”

An adaptation of the opinion article published in La Vanguardia in  August 2010, by David Garcia.

The increase of independents within Catalonia it’s not a casual thing, neither it responds to a complicated set of circumstances.

While the Catalan independent movement that started in the early 80’s and 90’s is the root for the current ideology, in many cases it was originated by identity issues, which was a reason why it was not possible to  create a wider agglutination of followers. However, in the XXI century the Catalan independent movement is absolutely transversal, plural, civilized and democratic, which means it is spreading around the territory much faster. It grows faster than before because now there are real reasons to bet for a new estate within the European Community: economy, language, history, institutions, cultural survival, the obvious affront from the Spanish state, the will to live better, and, of course, the inalienable right that all people of the world have to decide on their own future.

For all of those reasons and more, Catalan people are claiming for independency further and further. And the general attitude from Spanish people and its government towards Catalonia and Catalans has just but contributed to raise reluctance from Catalan people towards a monolingual and centralist Spanish policy.

On the other hand, those who are following this centralist Spanish point of view but still live within Catalan territory it’s only because of identity issues, since they do not provide sufficient arguments to justify that Catalonia should still be dependant from the Spanish government.

Despite  some independents may not like to use the economical reasons , they are the main cause of the increase of this movement along the territory, even on people who up to now did not want to take part in this long historical debate: it is not only the cultural situation that proofs this colonialist Spanish attitude towards Catalonia, but the economical aspects are heavy enough by now  and are a significant proof of the colonialism imposed by the Spanish state, thus now there are sufficient reasons so the countries of the world support  the independent Catalan movement.

Furthermore, if we leave aside the identity individualistic reasons – whether one feels Spanish and the other Catalan- and we focus on the day-to-day facts, who can defend what Catalan people are going through both socially and economically?

Is it acceptable that Catalonia contributes a 22% to the Spanish national GDP, but the Spanish government only re-invests 12% of that GDP back to Catalan territory?

As the Nobel Prize of Applied Economy mentioned in the University of Barcelona on May 2010, who wouldn’t like its country to be 7 times richer?

Can anyone defend that for identity reasons Spain robs 60 million Euros to Catalonia daily as treasury shortfall?

Can anyone explain why Catalan students receive only 5% of all budgeted University grants from the Spanish State but in Madrid they receive a 58%?

Who would not like to see, despite identity reasons, that the expenditure per capita living in Catalonia is increased to 2400 Euros per year, if Catalans would have their own Welfare System?

Can anyone explain why the Spanish Ministry of Culture has an annual expense agreed of 47 Euro for Spanish civilian, but only 5 Euros per Catalan?

Who, for identity reasons, would like to travel in the 40% of trains build up during the 70’s that the Spanish government has identified as outdated but that they still circulate within Catalan territory, while Madrid has only 4% of these outdated trains into work?

Can identity reasons defend that 1 of every 3 years the Spanish Ministry of Public Works does not invest in Catalonia at all?

Despite feeling Catalan or Spanish, would anybody like to be robbed 20.000 million Euros yearly (an 11% of GDP), which proofs Catalonia is the region of the world that most suffers in deficit due to intended constrain from the central government? Does feeling Spanish in Catalonia compensate that?

For those who live in Catalonia, can you tolerate, despite your identity, that the Spanish government directed 12.7 millions of Euros to environmental improvement measures in El Prat airport in Barcelona in 2009, while they are investing over 300 million for the same purpose in Barajas airport at Madrid?

Even if you are a really Spanish person, but if you live in Catalonia, can you explain why within 1985 and 2005 only 20kms of new roads were built in Catalan territory, while almost 900 kms of new roads have been built in Madrid community in the same period?

Does it compensate feeling Spanish when you must pay more and more toll roads within Catalonia, and there are absolutely none in other Spanish regions?

According to Mr. David García, “it is stupid to defend the dependency of Catalonia from Spain, when the Catalan people, disregarding how they feel, are losing the opportunity to live better, to provide a better future to their children, just for an identity discussion”. The author insists that Spain is a bad business, not only culturally but also now economically, and it’s because its leitmotiv is treating Catalonia as a colony, exploding the territory and its economical resources. 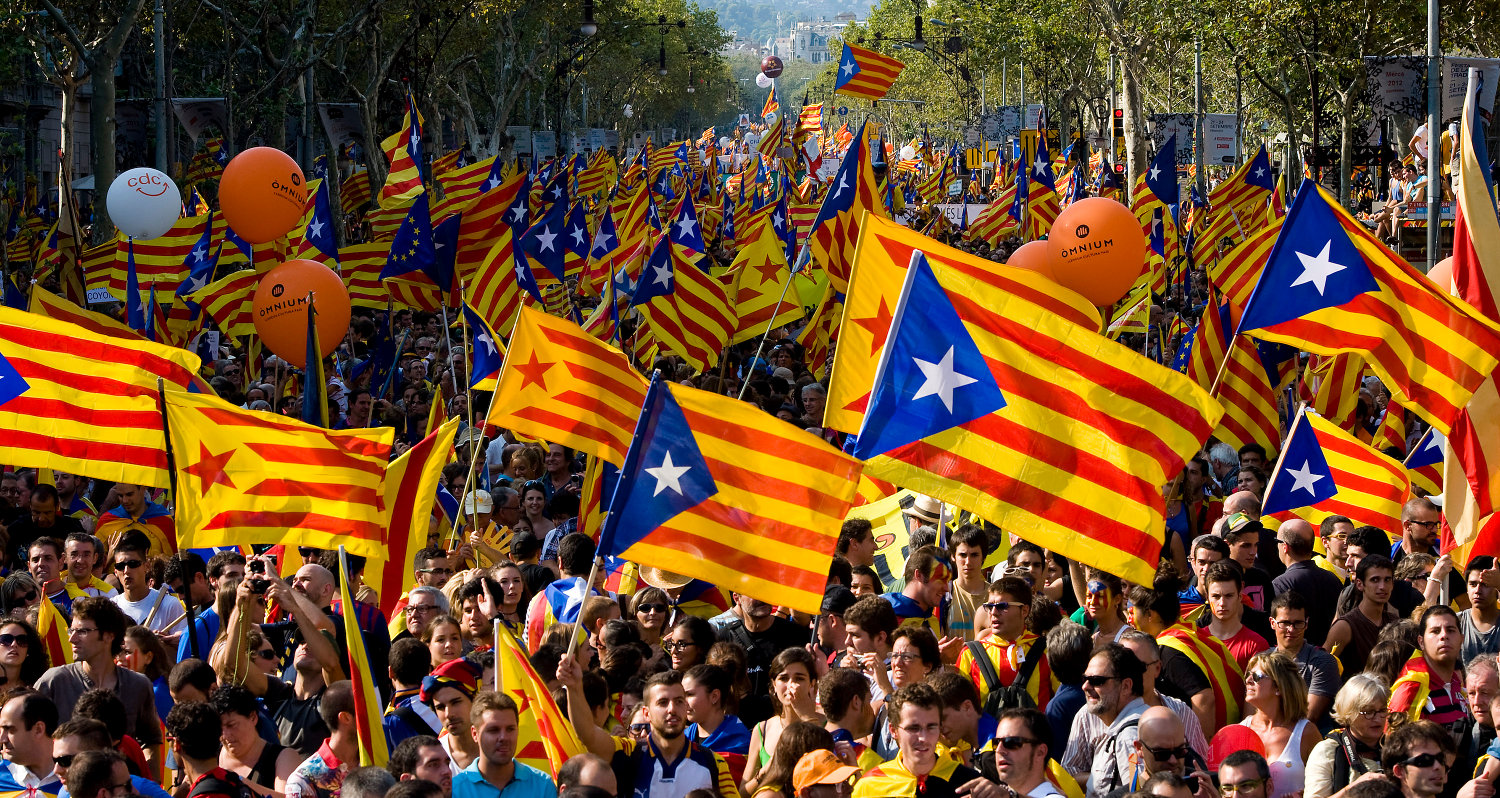